Gum disease is a primary cause of tooth loss among adults. Thus, the health of the gingival tissues can have a significant impact on the state of your mouth.

Here is a bit of information about gum disease to help you learn more about it.

There are many different types of microbes in the oral cavity. However, relatively few varieties of oral bacteria are actually harmful. Nevertheless, certain bacterial strains, such as Streptococcus mutans, are responsible for most of the acid within the mouth.

Streptococcus mutans bacteria produce acid as a part of their digestive process. The acid is released as a byproduct when the bacteria feed on simple carbohydrates, such as those left in the mouth after a meal.

Plaque is made up of a combination of leftover food particles and bacteria. As the plaque accumulates in the mouth, acid is released in direct contact with the gums, causing inflammation that leads to gum disease.

Gum disease begins as a reversible condition called gingivitis. One of the first signs of gingivitis is bleeding gums.

Some people may suspect that their gums are bleeding because they are applying too much pressure while brushing or because the bristles of their toothbrush are too firm. These issues can certainly cause sensitive gingival tissues to bleed. However, even without excessive trauma from improper brushing techniques, gums may bleed simply due to the inflammation associated with gum disease.

People who smoke are more likely to have gum disease. The chemicals in tobacco can inflame the gum tissue, limit the amount of oxygen that the gums receive, and interfere with the gums' ability to heal.

Other conditions, such as pregnancy and diabetes, may also increase the likelihood of gum disease.

People with gum disease may be at increased risk of developing heart conditions that lead to a heart attack or stroke. In addition, gum disease is associated with problems during pregnancy and may make it difficult for a diabetic to control their blood sugar.

For more information about gum disease, schedule a consultation with a dentist in your local area. 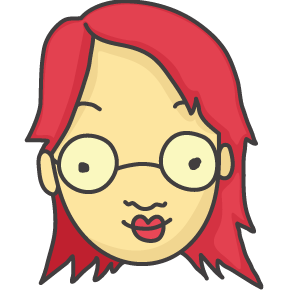